It didn't take me long to blow my blogging trend, did it?   Well, my intentions were good, but I caught an ugly germ and that knocked me out good for a couple of weeks.   And now that I'm just getting back to normal, I'm going to be away for a little while again.

When I last wrote, it was was early in January, and I was so happy that it was starting out so well!   I had several really lucky things happen in a row that I wanted to share with you.  It's a bit late now, but I'll share anyway!

First, I had some of my polymer clay beads included in two Etsy treasuries, both curated by Chris P. from DunroaminFarmDesign:

The next big thing that happened to me was that I entered the ABS Dec. challenge.   Not only did the necklace sell to one of my "new good friends" overseas... 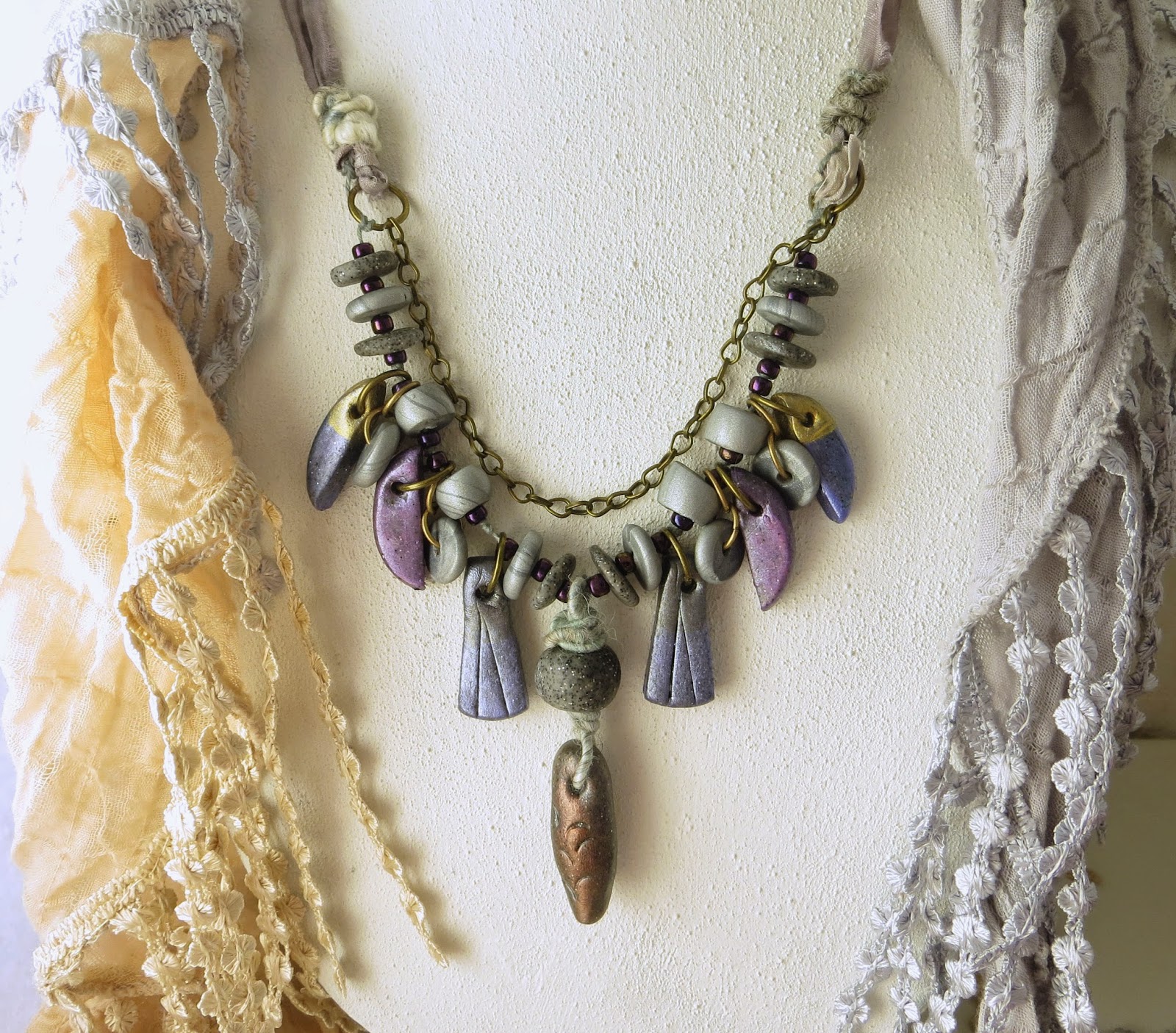 ..but I won a random drawing for a $50 gift certificate donated by Stone Designs by Sheila!

Lucky me!  I had been admiring Sheila's work and was so pleased to go for a spending spree in her shop!   I couldn't decide what to get though, and spent a couple of days trying to make up my mind!   In the end, I added just a little bit more to Sheila's extremely generous gift and got these awesome beads! 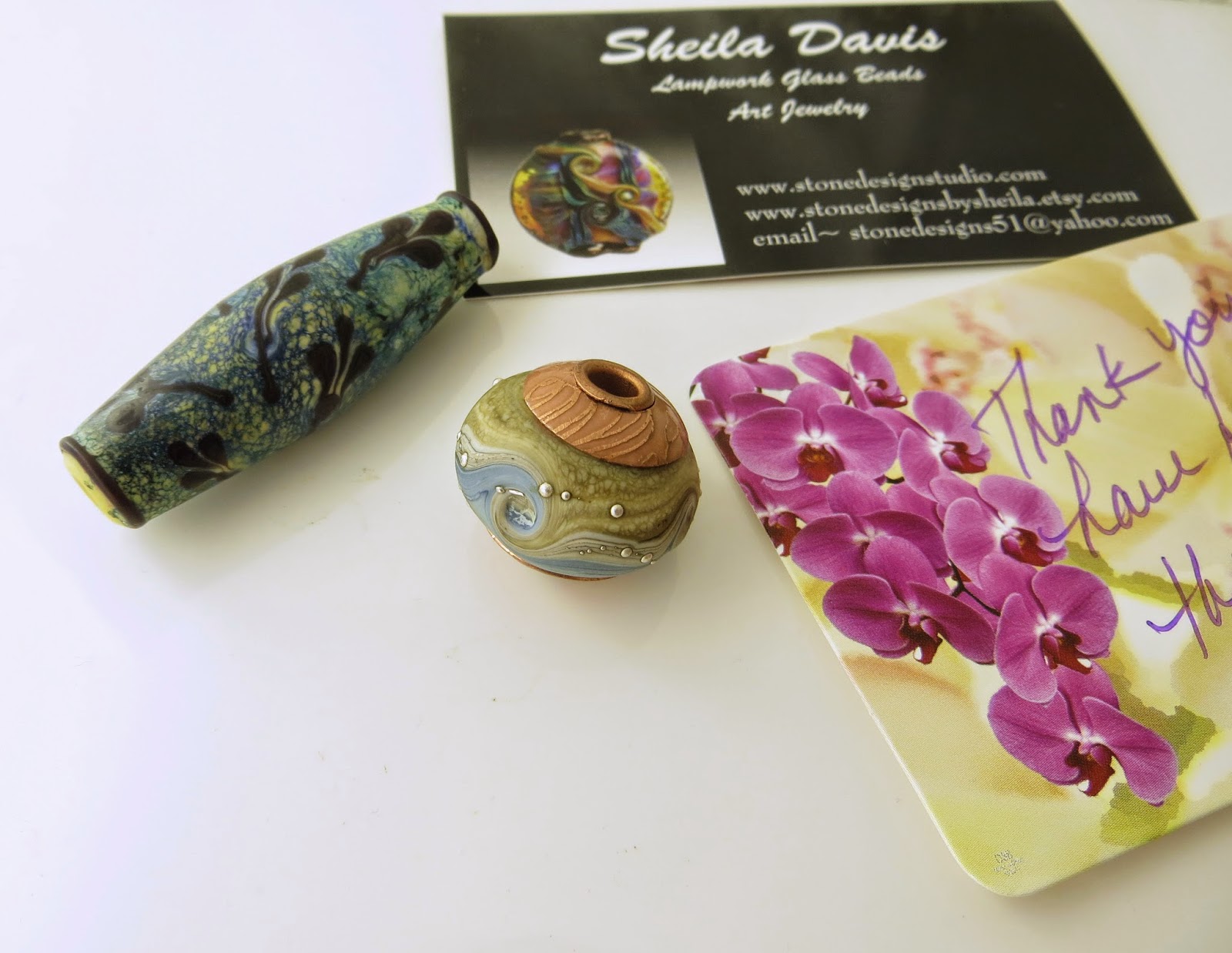 I photographed them together with her lovely cards, but to fully appreciate these beads you must see each one close-up! 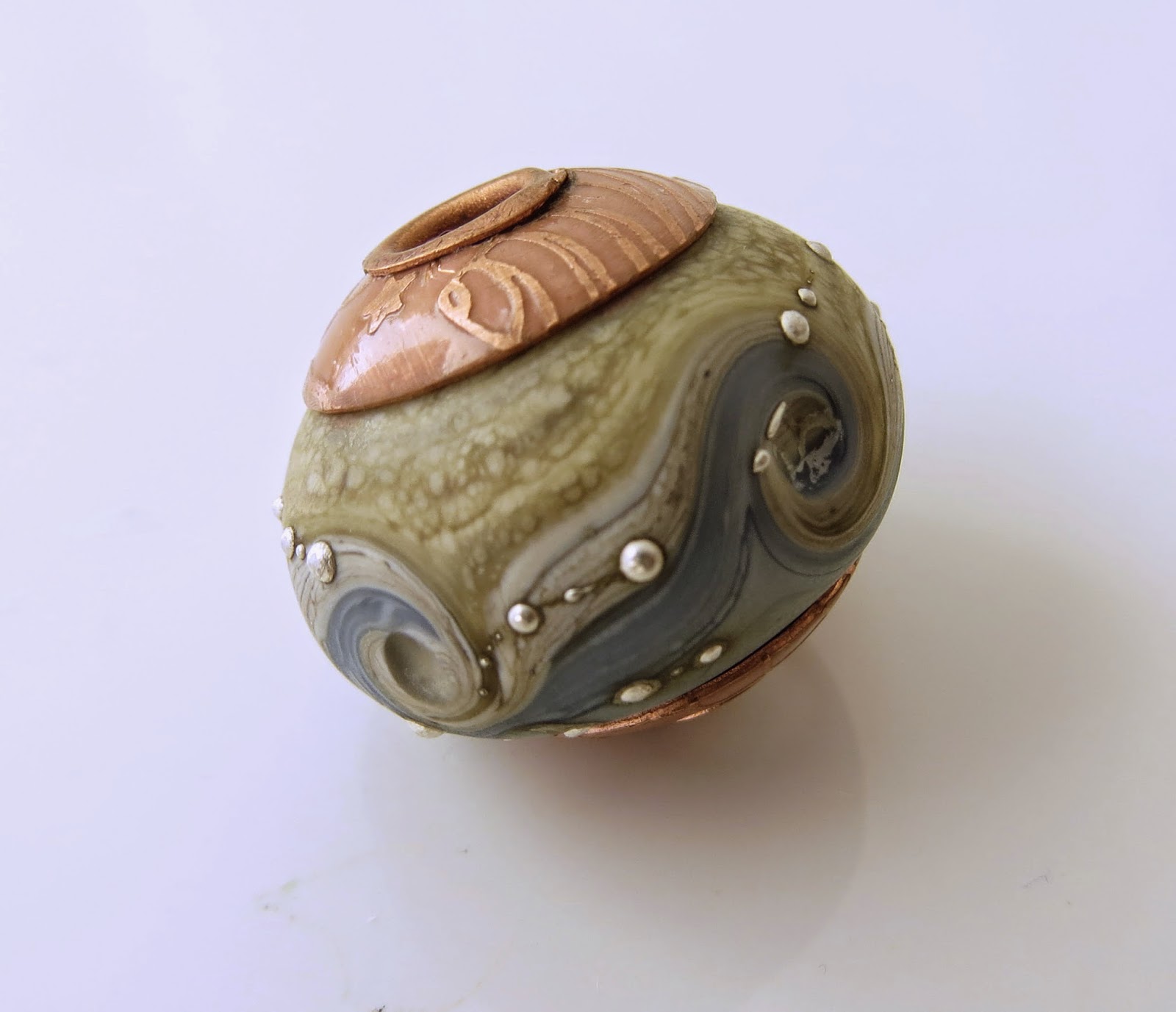 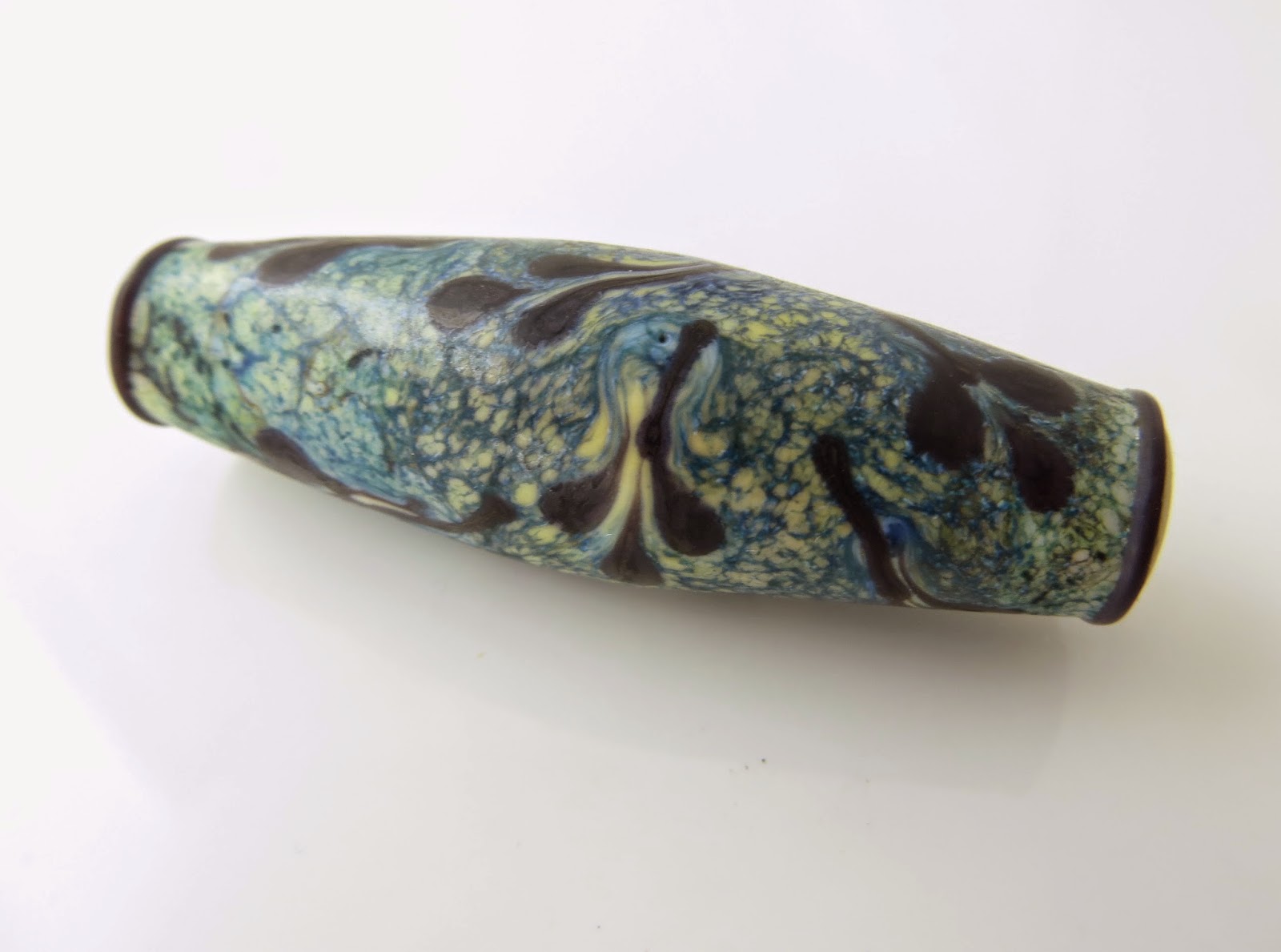 My sincere thanks to Sheila and to ABS for making the start of my 2015 such a good one!

While I'm still on the topic of Art Bead Scene, I'm so excited about the January challenge!   I hope some of you will participate!

I had beads already made I hoped to put in my stores that I thought would be great for this challenge!   But alas, my good luck ran a bit short.   First the germ, and now I need to take some time away for a week or two.

Here is my plan for the stores:

Metapolies on ACM will be closed with expected reopening Jan. 30.

The other 2 stores are open for sales, but shipping may not occur until Jan. 30. If I can ship and/or reopen sooner, I will.

For links and the most current updates please visit Metapolies.com.

Best wishes to each of you for the coming weeks! I hope they are good ones for you!

I would say you are definitely off to a good start. Rest up and enjoy your success.

Thank you for the kind words. Your photos are better than mine! :)

And best wishes to you, Sharyl, hoping that you are healed 100%. What gorgeous beads you got from Sheila - am so happy your necklace was a winner (as well it should be!) and that it sold! Hope the time away is fun time. Peace and joy . . . Catherine